A game we, a team of three people, implemented for a course at university.
The game idea was to clone “Towerfall”, a fast paced multiplayer shooting/platforming game. For a more creative touch, this game was supossed to feature under-water and over-water areas where your movement is drastically different, when moving from one to the other. Mermaids fight to become the princess and are shooting at each other with bubbles.

However, since this course should take about 75 hours per person we had to reduce our core product. Unfortunately, we had to forget about the underwater idea, since it would have required a lot of additional animations and effort regarding the physics.

It was a very explorative process, we evaluated multiple technologies regarding graphics, error handling, sound, image loading, serialisation, networking and threading techniques.
If someone is interested, we can publish our results of this explorative phase.

Since this was supposed to be a full blown project, where we experimented with a lot of technologies, we depend on a lot a packages. However, it feels like it takes less time to compile than Haskell-IDE-Engine!

We attach our presentation from the end of the course, which provides more information: Water-Wars presentation.

The game is a lot slower than its spiritual role-model. At some point we added more emphasis to it and reduced the bullet speed as well as the interval of time you can shoot bullets. The result is a surprisingly challenging game. Although an arbitrary amount of players is supported, the standard map is best for 2-3 players due to size limitation.

The entire artwork has been created by @VeryMilkyJoe!

Here are some pictures:

Loading the game, when the server is not online: 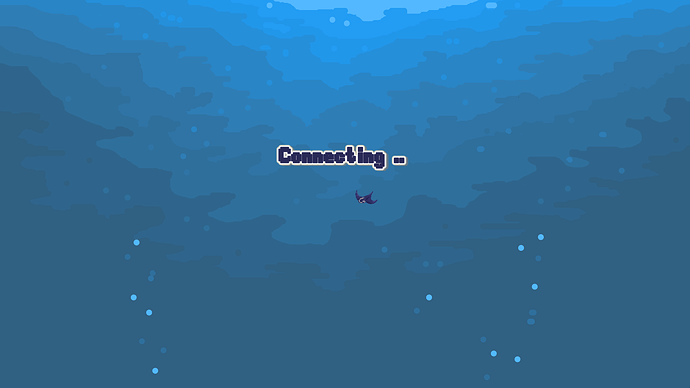 Alone in the world with the server: 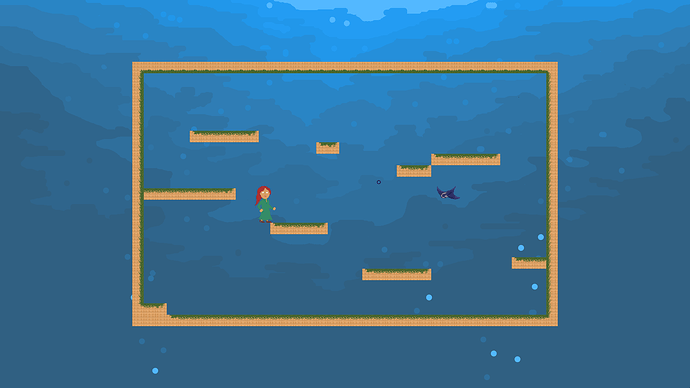 Playing online with friends and winning: 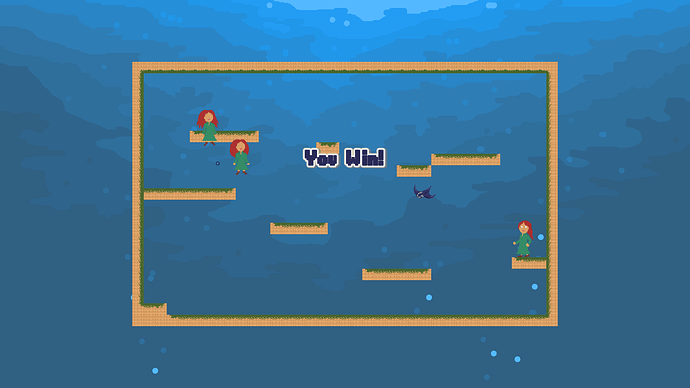 Important note, to mute the music start the client with the flag -q

What we were happy about

We learned a lot about Haskell development. What we liked:

What we were not so happy about

We are far from being completely satisfied with our work. There is technical debt and there are practical concerns. Here, we list things we would want to improve, if we get the time.

It was a great project and we are all proud of the result!

Excellent! I still have to try it, but first bug report:

Probably a few .cabal files were not committed to the git tree. It can be easily worked around with hpack.

Played it!
It is always nice to see a haskell game released and even more nice to have good documentation and a presentation to explain design choices! Well done!

Thank you! This project used to be a stack project and we didn’t notice that the cabal files had been generated all the time! should be fixed now!