Sponsorship: Obligations to the Community

Can I ask if the Haskell Foundation has considered a policy regarding accepting sponsorship from companies based in totalitarian states; particularly China?

What is the difference between participation and sponsorship?

Sponsorship is not a passive act for donors or recipients. It raises the profile of companies which do it, it assists them with hiring, and it enables them, should they wish, to influence our community. Sponsorship is not an individual act. Individuals have freedom of association, can choose their values, and often even their employer. Community sponsorship is an engagement with deeper implications, because, in however small a way, it forms an association for all
members of the community.

China has engaged in efforts to cause self-censorship within other nations. There are numerous, documented cases of foreign companies self-censoring to retain their access to the Chinese market. Similar actions have been necessary by Chinese companies too, of course, although the details are usually more difficult to discover.

I worry that, by deepening financial ties with corporations that themselves depend on acceptance by the Chinese government, the Haskell Foundation may contribute to a growing international reticence on these issues. I worry we may increase the difficulties faced by those in China who depend on the international community to speak out. We may do all this despite being a small, free and vibrant population who are influential enough to promote positive changes instead.

I recognize this is a difficult issue. I understand that a blanket policy may be wildly impractical, or appear arbitrary. The geographic location of a company does NOT determine their ideological stance. I also do not believe it is an issue that should be covered in the Guidelines for Respecful Communication; it is not a practical matter over which the Foundation can exert much influence. Ordinarily, in the case of virtually any other nation, it would not even be something upon which I might think the Foundation SHOULD comment! But let me reiterate that I am raising this BECAUSE it has impacted other organizations. China is renowned as the world’s second largest economy; it is a heavyweight with vast wealth and influence.

If a funding policy is not possible, an alternative might be a positive affirmation of ideals instead. One way to do this is to state that the Foundation supports the UN’s International Covenant on Civil and Political Rights: 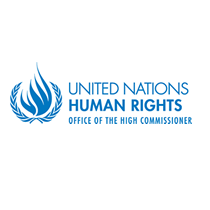 This is a covenant supported by most nation of the world. China is a signatory, but has not ratified it. I believe it is un-controversial from a Western point of view, and covers the rights of freedom of expression, freedom of political affiliation, and so on.

I won’t personally comment any further on this issue in this Discourse. It is close to my heart and angers me far too intensely for idle debate. I have friends in Hong Kong who are impacted by both the Chinese government’s new national security law, and the difficulty of escaping Hong Kong during COVID. I’ll leave it to cooler heads to decide whether it warrants action.

Thanks for your time,
Jonathan Merritt.

I believe we should strongly encourage Chinese companies to participate in the community.

If by participating you mean providing new packages, submitting patches to existing packages, then I can live with Chinese companies doing that.

I also believe that the HF should avoid being influenced by any government, not just the horribly oppressive ones like the CCP. The area were China is so different from other countries is that Chinese companies have incredibly close ties to the CCP.

disclaimer: I work for IOHK (which has been in the process of rebranding as IO Global and has been headquartered in the US for over a year) whose only tie to China is that it has Hong Kong in its name, something that happened long before the CCP even started getting heavy handed in Hong Kong.

I would strongly oppose any such position. This would necessarily ask one to weigh the moral “badness” of various states, a deeply intrinsically political task which the HF should steer clear of. Further, in my opinion (and that I have seen at least of some others, both during other online discussions, and at times in person) there would be no non-hypocritical way to do that if one considers who the primary actor has been in election interference historically and recently both (the U.S.) or who the primary actor has been in various invasions of sovereign nations over the past 20 years even (the U.S.) or etc.

Additionally, picking some convenient dodge like the ICCPR would also be hypocritical. For example, here is some of wikipedia has to say about the U.S. application of it: “Indeed, the United States has not accepted a single international obligation required under the Covenant. It has not changed its domestic law to conform with the strictures of the Covenant.[102] Its citizens are not permitted to sue to enforce their basic human rights under the Covenant.[102] It has not ratified the Optional Protocol to the Convention against Torture (OPCAT). As such, the Covenant has been rendered ineffective, with the bone of contention being United States officials’ insistence upon preserving a vast web of sovereign, judicial, prosecutorial, and executive branch immunities that often deprives its citizens of the ‘effective remedy’ under law the Covenant is intended to guarantee.”

I would also note that the U.S. in adopting it also made specific reservations to carve out the death penalty (a practice considered barbaric in most of the rest of the world) as well as the gross practice of treating juveniles as adults in criminal proceedings, among other things. (And both practices, we know, are very much ones applied with a certain particular racial disparity). One could also note that the U.S. leads the world in prisoners per capita by a rather spectacular margin.

While one is picking U.N. “human rights” talk as a litmus test by the way, why not pick the U.N. Human Rights Council, which the U.S. has consistently declined to seek seats from and threatened withdrawal from.

And if one is interested in boycott, divestment and sanctions more generally, as some sort of statement about “human rights” why not start with the country that there have been the most consistent calls for doing so with – Israel?

This is not a road you want to go down. We live in a world fraught with exploitation, racial and national oppression, and national conflicts with many bad actors at many levels. Any attempt to pick out “good” and “bad” nations from this wreckage will leave none standing. There are organizations suited to particular action on issues that may be dear to you but not others in the wider technical community. I do not think a foundation working towards the general advancement of a technical tool is the place to sort this out.

I have resigned myself to recognize that in the course of work in free software there are a ton of political issues I won’t see eye to eye with people on (there are of course some dealbreakers for me personally, as I think there are for all of us [i.e. https://www.youtube.com/watch?v=iyc62g7YQM0]). I would hope you can do the same.

Further, even if one accepts the premise that some country or another is an egregiously bad actor that can be singled out (I certainly don’t) it seems to me that accepting sponsorship from companies based on their country of national original rather than their own actions as companies is not a lever which has any particular utility at all anyway except, perhaps, at most to indicate some unwarranted sense of moral superiority, or create a climate more conducive to the breakdown of international relations and the ratcheting up of trade and military tensions.

Ordinarily, in the case of virtually any other nation, it would not even be something upon which I might think the Foundation SHOULD comment! But let me reiterate that I am raising this BECAUSE it has impacted other organizations. China is renowned as the world’s second largest economy; it is a heavyweight with vast wealth and influence.

That’s exactly the problem. Adherence to the status quo is still taking a position, no matter how ambiently it is practiced. China may be the second largest economy in the world, but the United States is the largest, and its atrocities extend far beyond what China has accomplished, as sclv barely scratched the surface of in their entirely correct comment.

Is a militarized police state, incentivized to terrorize their population with racial and classist oppression through the financial backing of corporate oligarchs who in turn profit off of the industrialized private prison system they’re nurturing, continuing to enforce a nationally legalized death penalty despite the evidence of hundreds of thousands of false convictions totalitarian enough for you to care?

But even if you are solely concerned about tech issues, the United States has all but officially abandoned its anti trust laws and is continuing to allow a small handful of telecom companies to control every single aspect of the internet and the digital spread and access of information and technology, of which the tidal waves of repercussions propagate around the entire world. In China, a similar goal is accomplished through brutal state capitalism. In the United States, it is accomplished by the oligarchical bribery of public officials through the legal practice of lobbying and the monopolistic consolidation of tech and telecom companies. Both are bad and worthy of condemnation, and it is a farce to single only one of them out as an insidious constriction of the freedom of businesses and organizations to produce their goods and services or of the material conditions of the people living under their rule. Go ask the people of rural Oklahoma, who have to pay exorbitant amounts of money for an internet connection because there is only one service provider in their area as a result of the telecom companies banding together to lobby against Google being allowed to install their own infrastructure, how they feel about their government’s commitment to the freedom of access and ownership of the internet.

Glass houses, and all that.

I am of the opinion that without a pressing need its merely a distraction for the Foundation to even spend time discussing this.