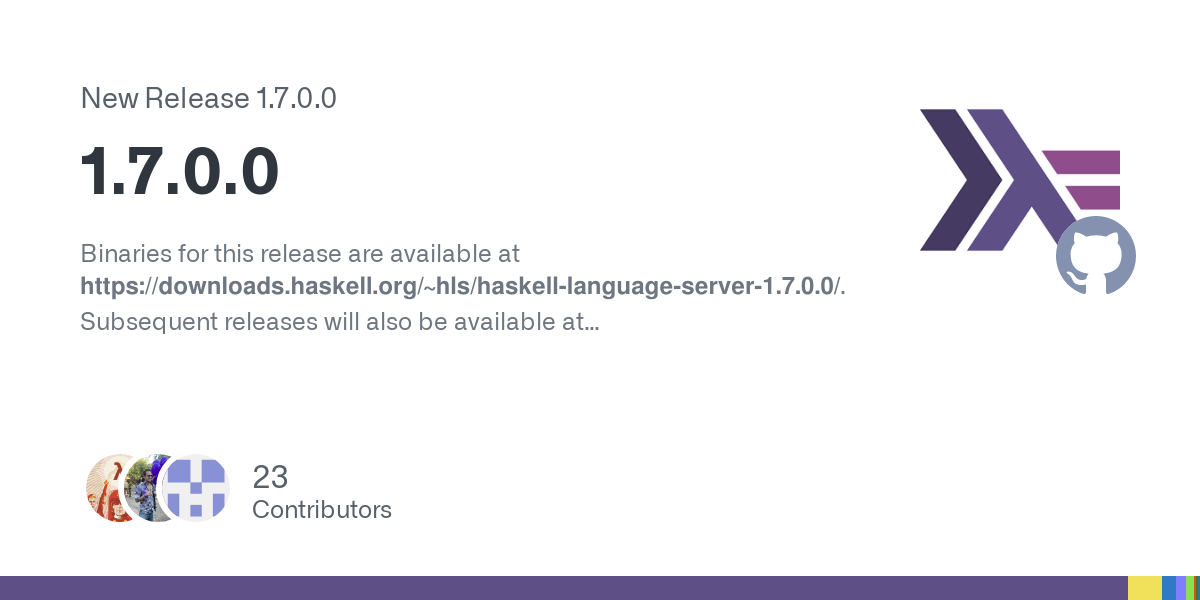 The prebuilt binaries in this release support the following GHC versions:

If you would like to install these manually, note that we have changed the process by which we distribute binaries. For non-Windows platforms, there is now a Makefile which will install a dynamically linked version of HLS after verifying that it is compatible with your local GHC installation.

You must download the tarball with the same platform suffix as the GHC bindist you installed from Index of /ghc/ - for instance, if you used ghc-8.10.7-x86_64-fedora27-linux.tar.lz to install GHC, you will need haskell-language-server-1.7.0.0-x86_64-linux-fedora27.tar.xz.

If you get your GHC binaries from a source other than https://downloads.haskell.org (or GHCup), then you will need to build HLS from source yourself.

Yay for a new version!

I do have one issue though, which is that I now get a

haskell-language-server 1.7.0.0 is not supported on Darwin

error. Any suggestions for troubleshooting? (I’m on a newish Mac)

Where do you get that error? In VSCode? Is it darwin M1? What GHC version?

haskell-language-server 1.7.0.0 is not available on Linux

Yeah I got a similar error on Windows.

Sorry to be clearer, I am installing using GHCup, the installation doesn’t finish and tells me to check this log. Executables with the hls 1.7.0.0 names exist in the ghcup folder, but when I open up vsCode it tells me that hls 1.7.0.0 isn’t supported on Windows

Yes. You’ll have to upgrade to the vscode prerelease to get this update. We haven’t made a stable release for the new vscode extension yet, but it should follow shortly.

Windows tarballs are currently busted. It will be fixed sometime today.

Ok, so known problems are:

Finally, I could stop compiling HLS on my end!

Upgrade to the vscode prerelease.