Which monads haskell developers use: An exploratory study

Today, this paper popped up in my RSS feed (using gscholar-rss): Which monads haskell developers use: An exploratory study, by Ismael Figueroaa, Paul Legerb and Hiroaki Fukuda.

I will paste two interesting figure here. First packages per quantity of monads and packages that import a specific monad (mtl universe): 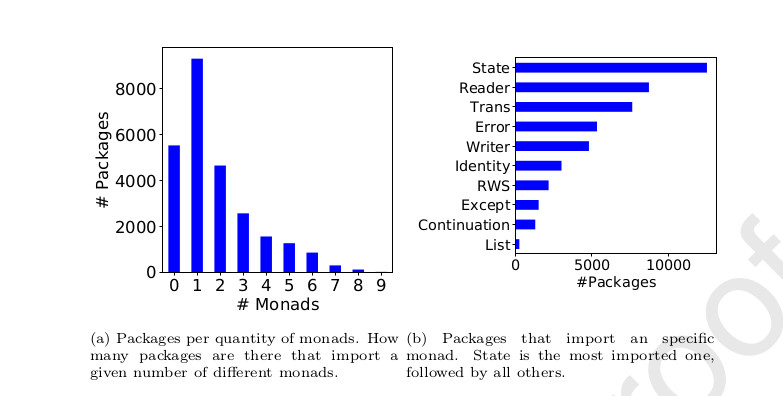 and the second, a graph of the most populat combinations: 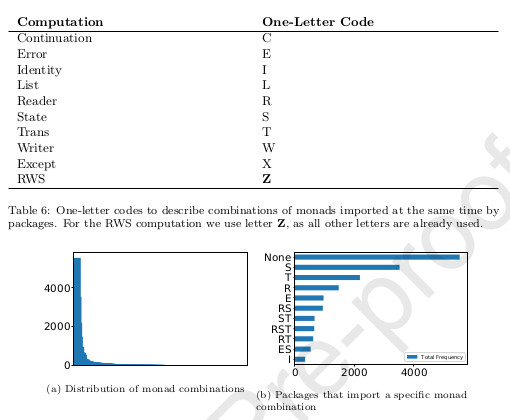 If you are interested, the full research questions are: